Dear Friends,
Over twenty years ago, my life was completely changed when the Holy Spirit granted me the grace of faith in our Lord Jesus Christ. I was privileged to serve under some great men of God who were my mentors that taught me the truth of the life-changing gospel of the kingdom of God and the impact of Christian leadership in the world. I was a graduate of Computer Science/Engineering from Clark University and worked for Intel Corporation for 17years in process engineering and manufacturing but my passion for the work of God was still strong and would not leave me as I’m always feeling the presence of God. In addition, I attended several seminary seminars and training with the Apostolic Church. I was ordained in the Apostolic church where I served in different leadership capacities including youth pastor, elder, deacon and church secretary. My experiences in ministry and inspired voice of the Holy Spirit enabled me to dedicatedly serve my local church and district successfully. I love to see people develop themselves by the kingdom principles to live a fulfilling life in their spiritual and physical endeavor. I believe that every child of God is destined for greatness if guided by the right information which is the truth in the gospel of the kingdom.

In January 2009, the Lord gave me a divine revelation where He called me to His Service. In the revelation, the Lord indicated a transfer from Massachusetts to a place I have never been, assigning me to deliver the message of Hope, Faith, Deliverance and Salvation for the restoration of mankind. In 2010, God fulfilled His word when my company offered to relocate me from Massachusetts to Albuquerque New Mexico, a place I have never been before. In October 2011, I planted a church fulfilling God’s instruction in Albuquerque. Through the work of the Holy Spirit, we impacted the city of Albuquerque and many believed and gave their lives to Christ. In Feb 2013, after a double revelation that the Lord gave to me and my wife, it became apparent that our mission was ending in Albuquerque. In the revelation, the Lord revealed a job promotion and relocation to Arizona.

And in May of the same year, I received a job promotion offer to join the engineering team in our research and development fab in Chandler Arizona. No matter what was going on around me such as the job promotion, relocation, pay raise and attractive stock options, I was always focused on God’s mandate and calling for my life. It was my food and passion to do what the Lord have called me to do genuinely. In 2014 we planted another church in Mesa Arizona to fulfill Gods’ instructions. And finally in 2015 I resigned from Intel to be a full time minister of God. Four weeks before the final day of my resignation in June 2015, the Lord miraculously caused the CEO to issue an unprecedented “separation package” designed to encourage employees who desired to pursue other opportunities outside intel to do so.

By this, the Lord favored me to receive a severance package worth of 17 years of service plus additional year of free healthcare coverage which was not there when I planed to resign. I heard God say to me, “you will not walk away for nothing, this is my gift a sign of my favor for your obedience to serve me”. In August 2015 we moved to Houston where the Lord have directed us to relocate. Since our arrival, the Lord have given us favor in diverse ways. We have been able to impact lives in Houston through the weekly Victory Hour Prayer meetings, the daily devotional messages and visiting different ministries to teach and empowering fellow believers.

The Lord have also open new doors of new businesses for us and to enhance the quality of ministry work which He have promised here in the city of Houston. In June 2017, we were able to acquire a facility to continue the life-changing work of God which is the worship place for The King of Kings Chapel. I hope and encourage you to join in this commission for spiritual growth, destiny advancement and positive impartation.
Yours, 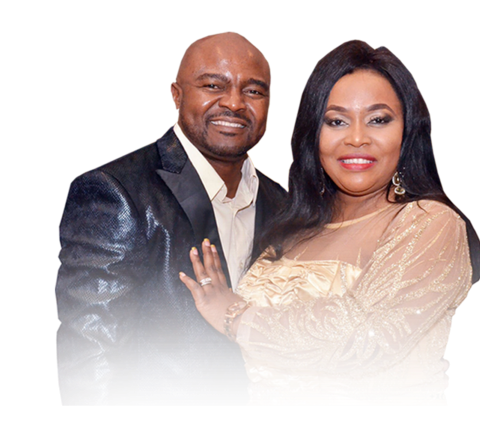